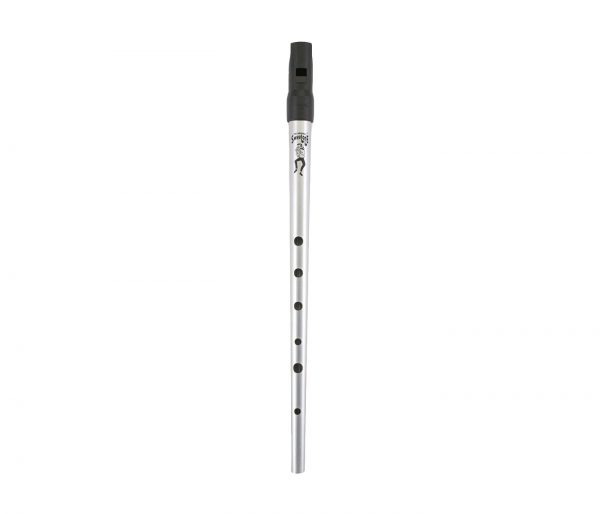 Clarke’s Sweetone tinwhistle is a great tinwhiste for both beginners and professionals. It is the first conical bore tinwhistle to be made with a plastic mouthpiece.

Clarke’s Sweetone tinwhistle is a great tinwhiste for both beginners and professionals. It is the first conical bore tinwhistle to be made with a plastic mouthpiece.

The Sweetone tinwhistle is handmade in the U.K. using quality raw materials; the mouthpiece is moulded using an ABS PC blend. Clarke’s precision plastic mouthpiece is easy to play and produces a clear, crisp, clean, sound with good volume. It also takes very little air to produce a beautiful tone.

Because of its excellent playability, it is well suited to the serious musician and novice alike. The Sweetone tinwhistle has a tapered bore. The tapered sides of the whistle have the effect of bringing the finger holes closer together and increasing the range and accuracy of the higher notes.

The first Clarke Tinwhistle was invented in 1843 in Coney Weston, a tiny village near Bury St. Edmunds, in England.
The creation of the tin whistle was inspired when Robert Clarke, a poor farm labourer, heard about the invention of tin plate and asked a blacksmith to help him to copy the design of his wooden whistle using this new material.

The mouthpiece needed a wooden fipple so, because he did not own a saw, he made this out of one of the stays from his wife’s corset, cutting the teeth with a file. The new tin whistle played so well that Robert decided to begin a business manufacturing them.

Clarke heard that there were big opportunities for manufacturers in Lancashire, so he and his son walked the long distance from Coney Weston to Manchester, pushing his tools and materials in a handbarrow. On the way he stopped by at village markets and made tin whistles to sell, which proved to be very popular among the villagers.

Sometimes he met Irish labourers, who were building railways and canals, and sold his tin whistles to them. These Irishmen took them back to Ireland where the English tin whistle rapidly became Ireland’s favourite folk instrument.

When Robert reached Manchester he set up his factory in a shed and soon became a successful manufacturer. He called his tin whistles ‘Megs’, a Victorian nickname for a halfpenny, as this is how much he charged for them.

He eventually made so much money that he was able to build two houses, a factory and a church in the nearby village of New Moston. He went back to Coney Weston and bought up the farm that he had previously lived in, using gold sovereigns which he carried in a Gladstone bag.