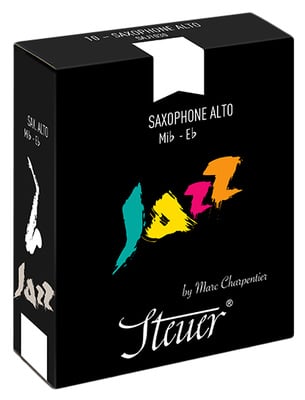 While Steuer reeds are incredibly consistent, cane remains a natural product and that means there is always a chance that some reeds in the box are better than others. As such, we highly recommend purchasing a minimum of 3 reeds so your experience with these reeds is worthwhile.

Be the first to review “Steuer Jazz Alto Sax Reeds – 1 Single Reed” Cancel reply
Cart
Product categories
Join Waitlist We will inform you when the product arrives in stock. Please leave your valid email address below.