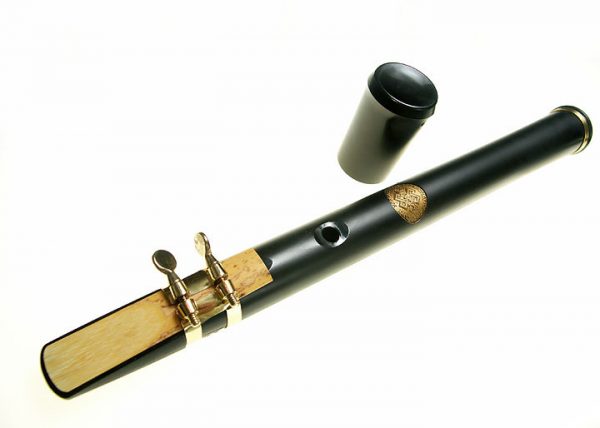 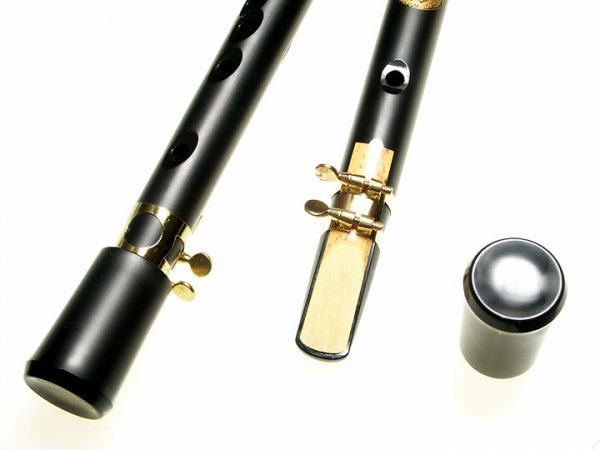 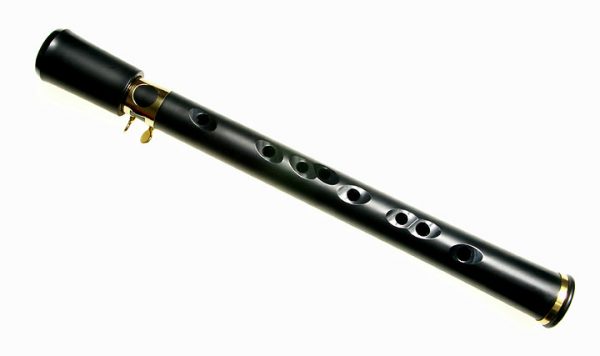 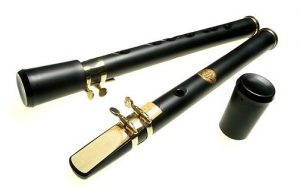 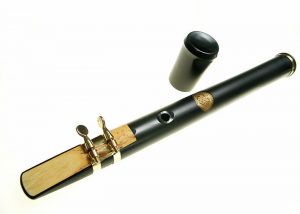 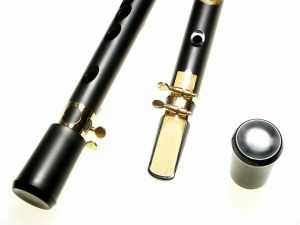 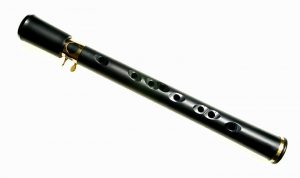 Theis best-selling Pocket Sax makes for an ideal companion for travel and backpacking in all-weather conditions. The pocket sax comes with a 20-page full-colour instruction booklet, a ligature, a reed, and a storage box.

The Maui Xaphoon® Pocket Sax is available in the key of C, and in many colours (though currently we are only stocking black ones). Identical in sound to the original bamboo instrument, the Pocket Sax is made from industrial strength ABS resin and retains all of the characteristic richness and versatility. This extremely durable instrument is ideal for classrooms, students on a budget, and anyone who might be subjecting the instrument to rough conditions.

Theis best-selling Pocket Sax makes for an ideal companion for travel and backpacking in all-weather conditions. The pocket sax comes with a 20-page full-colour instruction booklet, a ligature, a reed, and a storage box.

How to Play the Xaphoon

Place your mouth about one inch over the mouthpiece. (Do not bite the reed!) Pad your lower teeth with your lip, squeeze slightly, and blow. The upper teeth may rest directly on the mouthpiece. The amount of lip pressure on the reed affects the pitch. The various finger combinations, when played with a correct lip pressure, can produce a complete chromatic scale. Notes can be easily bent in and out of tune.

The Xaphoon is also able to produce some unique sound effects by trilling and bending together, or by humming while playing, which makes a bluesy wail. But most importantly, the Xaphoon is a new instrument, and there are no rules. The reed included is a medium strength tenor sax reed. We have many brands and strengths of reeds available in our store for when the time comes to replace the one that’s included with the instrument.

How does the Pocket Sax achieve such a surprisingly deep and rich sound?
The Pocket Sax uses a saxophone reed, rather than the whistles that are found in recorders and penny whistles.

What is the instrument’s range?
Two complete octaves, including all sharps and flats.

What kind of a reed does it take?
The Pocket Sax takes a tenor sax reed, available at any music store. It comes with a #2.5 reed, which is a general-strength reed. Beginners may wish to try a 1 1⁄2 strength reed; experienced sax players may prefer a 3 or 4. The ligature is off the shelf as well; it is normally used to hold reeds for the Bb Soprano Saxophone.

Is there any sheet music available for it?
Any sheet music written for the recorder can also be used for the Pocket Sax, since they are pitched in the same key and have the same range. There is also FREE Pocket Sax-specific sheet music available on the Xaphoon.com website (click on the link labeled “Sheet Music”) which has custom tablature symbols above each note.
The Pocket Sax will play 2 octaves lower than a recorder, making duets originally written for two recorders sound especially nice when played with one recorder and one Pocket Sax.

What’s the difference between the original Xaphoon and the Pocket Sax?
The original Xaphoon was handmade out of bamboo, whereas the Pocket Sax is made out of a nearly-indestructible ABS plastic. The bamboo ones are still being made, but they are aimed mostly at collectors whereas the injection-molded version is ideally suited for an ever-expanding network of retail stores.

Are Professional Musicians using the Xaphoon?
Yes! Already there are three Xaphoon-only CD’s on the market, and musicians who score Hollywood films are quite fond of the instrument, since it can sound vaguely familiar, earthy, and chromatic all at the same time. Paul Simon prominently features the Xaphoon in his tours. Yanni also plays one regularly, and Sting took to it in a matter of minutes.

Write a review about this product Cancel reply